Good morning!  Today I have the pleasure of joining Technique Tuesday and several card and scrapbook makers to celebrate all things birthday.  And what would a party be without a gift, right?  To celebrate, Technique Tuesday is having a 5-day sale on all their birthday products (so many of which work for a variety of occasions).  Just use the coupon code will be HBDAY21.  Okay, on to the cards! 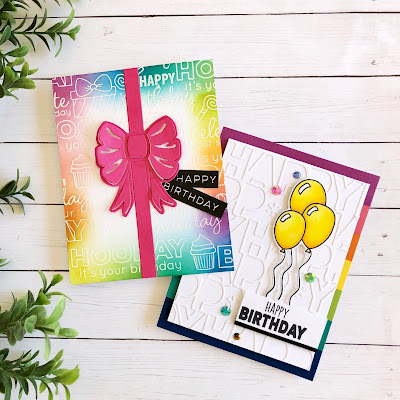 I really wanted to go with something fun and playful, so I created a duo of cards in bright rainbow colors using one of my favorite techniques - using repeated images to create backgrounds.  Today I'm sharing two ways to do that. 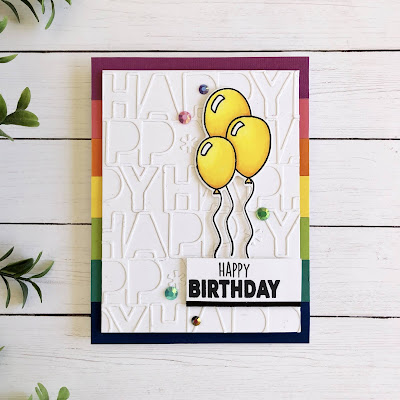 On my first card I created a rainbow card base with strips of paper and used a repeated die cut from Happy Everything to build the background.  I started in the top left corner and placed as many full HAPPY die cuts as I could.  Because this die has a unique design, there were a few open spots leftover.  If they were on the edge, I filled them in with another partial die cut, and for the few spots in the middle I filled them with the the little asterisk die cut also included in the die set. 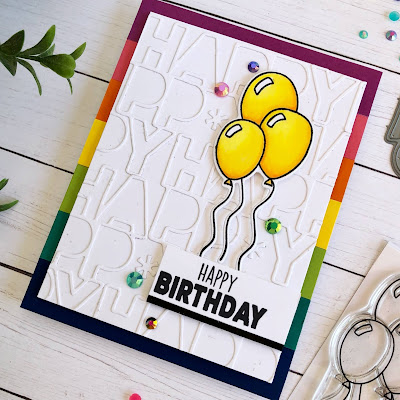 Now those little asterisks created a natural focal point, so I stamped and colored the balloons in Let's Party and placed them right in the center.  Next, I added a sentiment from Let's Party and simply colored the outline letters in black.  I finished the card off with a sprinkling of rainbow jewels. 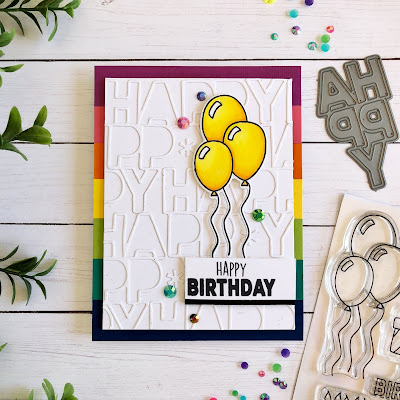 On my second card I used repeated images again, but this time I repeatedly stamped and embossed images and sentiments from Let's Party  and Large Birthday to build the background. 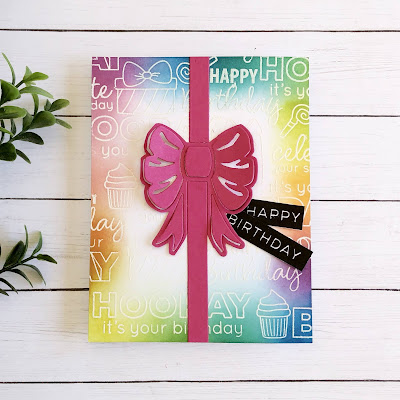 To up the fun factor a bit I blended ink over the white embossed background, but I did not cover the background entirely.  Instead I blended the ink just around the edges to create a frame for the fabulous bow from Bow on the Border. 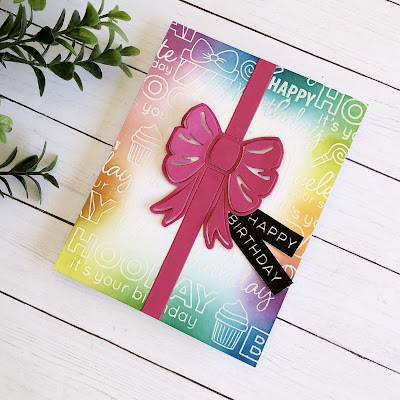 This bow typically only cuts the outline on the right side since it is meant to cut on the edge of a panel, but since I wanted it dead center, I trimmed the outline out on both sides.  I also added some dimension by popping up the center and edges of the bow and ribbon tails. 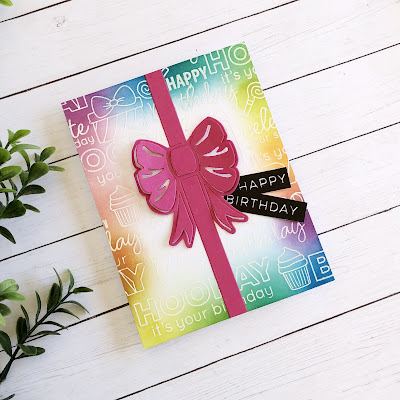 Finally I stamped the Happy Birthday sentiment from Large Birthday and trimmed it in half to create two little flags to tuck under the bow.  I kind of love that the card looks like a gift itself. 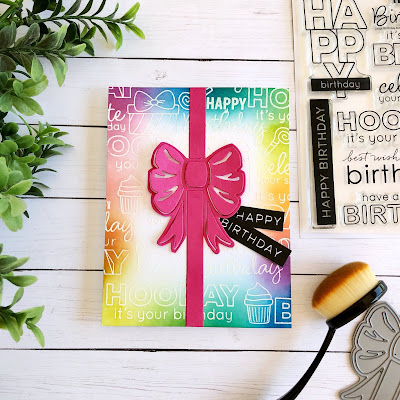 Thanks so much for joining me today!  I hope that you'll pop over to the Technique Tuesday Blog next to see the rest of the line up, and don't forget you have from today (May 16th) through May 20th to save 20% off all birthday products with the coupon code HBDAY21.  Wishing you a happy week, friends!
Posted by Lindsey at 6:00 AM