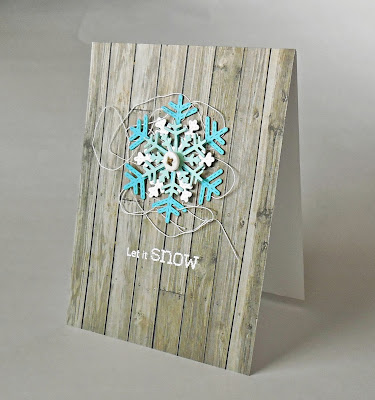 With all the wonderful "snowy" challenges going on right now, I had to take a little time to make some cards.  Plus, I wasn't super thrilled with a couple of the Christmas cards I had made, so that was a great excuse to help myself feel like I was doing something that really "needed" to get done. :)  When I saw CAS-ual Fridays and Simon Says Stamp's Let it Snow Challenges they immediately triggered thhoughts of this card....which is one of my very favorite cards I've ever made, and definitely has a CAS design.

Then I saw CASE Study's inspiration photo and Curtain Call's inspiration photo, so I used them for additional inspiration to CASE my previous snowflake card.  I know they all look very similar, but I really put a ridiculous amount of thought into how I would change each of these cards.  And in the end, I scrapped most the "extras" and kept them both pretty bare.  First up is the card that was more inspired by Curtain Call's Challenge. 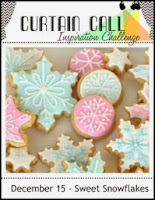 I layered Lil' Inkers snowflake dies to mimic the layered snowflake cookies, pulling from the white and aqua in the photo.  The lighter brown wood was supposed to mimic the color the cookies are sitting on and for some reason the white on top of the colored cookies just reminded me of string...so that's what I added.  Laura Bassen (love her!) made it look so easy in a video she did, but let me tell you, it took me as long to get the "random, messy" thread to look okay as it did to put everything else together on the card.  I finished the card off by embossing a sentiment from Clearly Besotted's In Stitches: Christmas.  I like how it turned out, but I'm a little worried that it just looks like some thread got caught in a wreath, and I'm a bit afraid to ask you what you think... 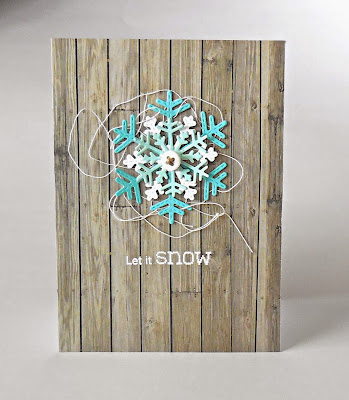 Next up is my card inspired by CASE Study's current challenge. 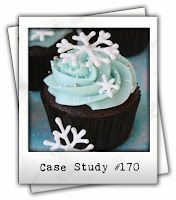 Obviously I went with the same layout, but I embellished it according to what I saw in the photo.  I used a darker wood as the base to mimic that dark chocolate cupcake, and layered the snowflakes with the light aqua in the back and the smaller darker aqua in front because I wanted it to mimic the large light aqua cupcake with just hints of the darker color in the folds of the frosting. 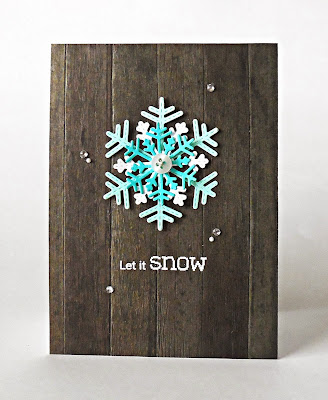 I noticed that some of the sprinkles on the inspiration cupcake were white and some were silver and they differed in size, so I used both rhinestones and pearls in different sizes on my card.  I placed them on so they almost looked like falling snow, so it fit even better for CAS-ual Fridays and Simon Says Stamp's Let it Snow Challenges.  Oh, and I used silver wire in the middle of the button to add just a touch more of silver.  And that's it!  Thanks so much for looking! 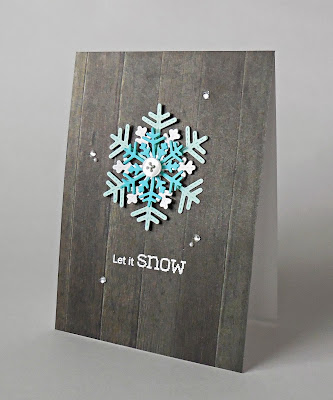 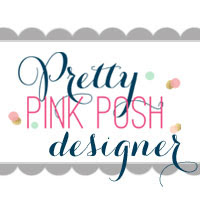